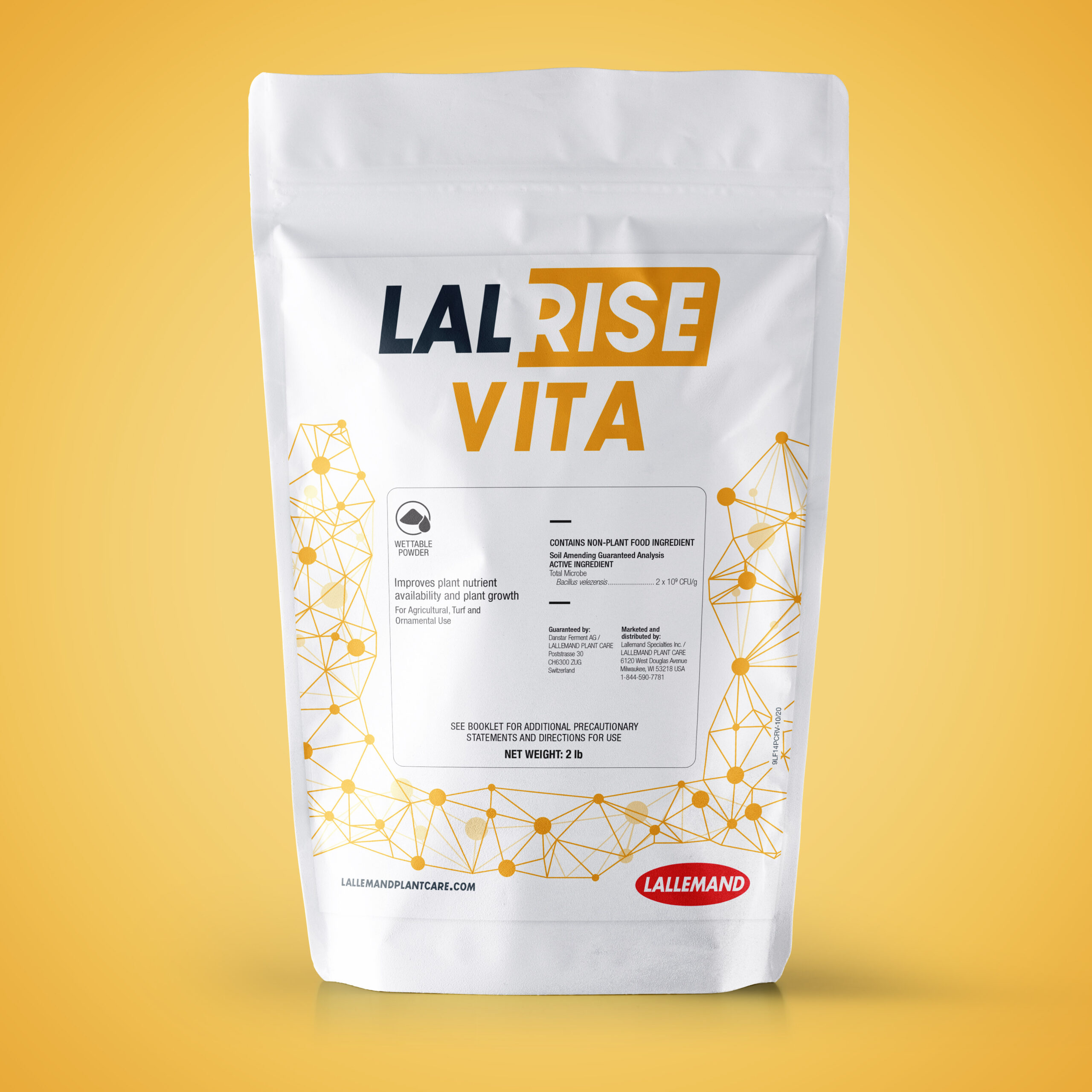 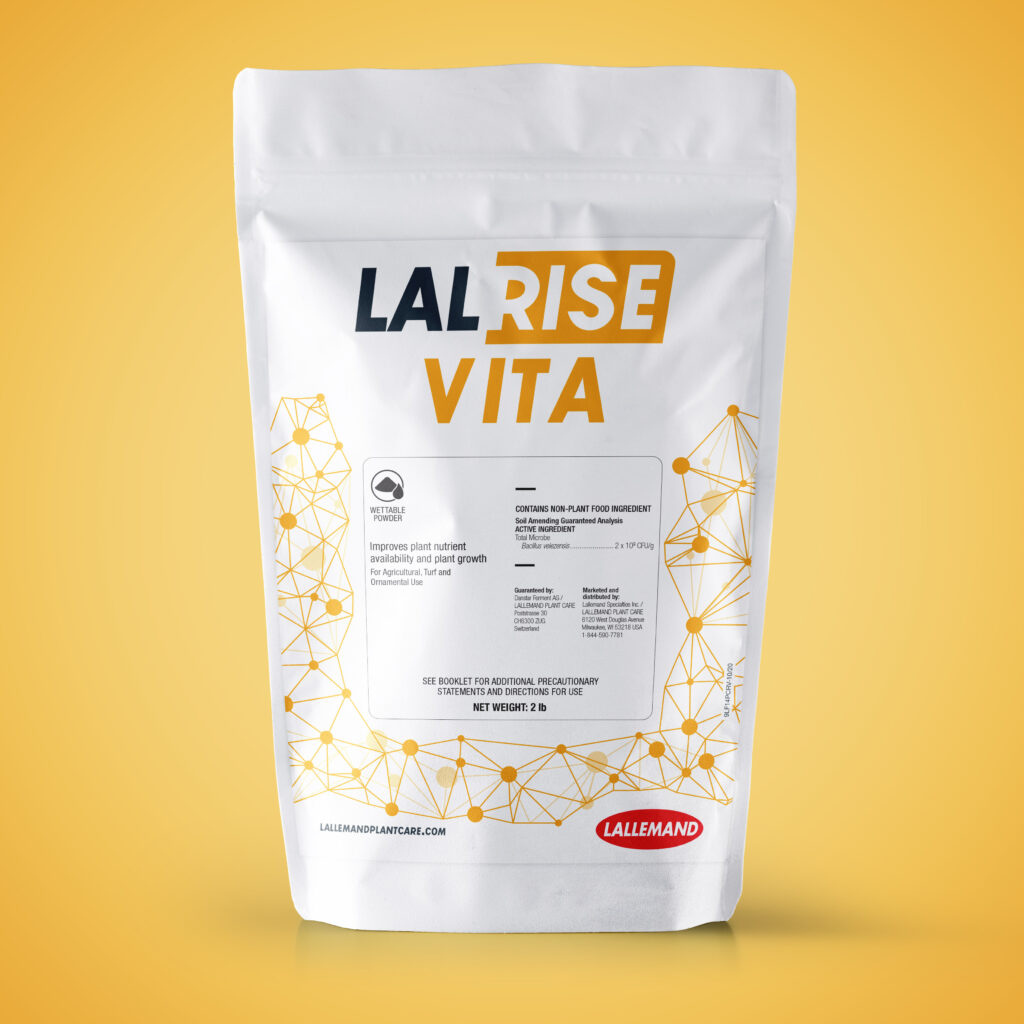 This Safety Data Sheet contains occupational safety and health data for this product.

2. What are the benefits of using LALRISE VITA?

3. What will be the package size available for sale?

LALRISE VITA will be available in packages of 1kg and 5kg.

4. What is the storage and shelf life for LALRISE VITA?

5. How is LALRISE VITA applied?

6. When and how often should the product be applied?

7. Why are multiple applications needed?

8. How long does LALRISE VITA persist in the soil?

9. Does the bacteria move in the soil?

NO. The bacteria does not have the ability to move on their own in the soil. They move to the roots via water during application. Once established on the roots, they can move through root growth.

10. In what conditions should LALRISE VITA be applied?

11. What is the difference between LALRISE VITA and mycorrhizae? 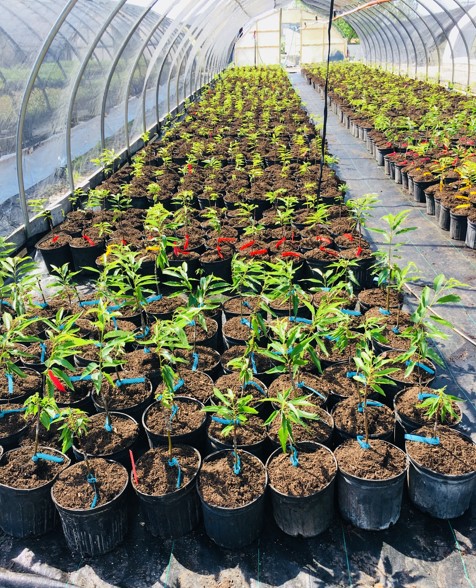 Forrest Keeling Nursery is a leader in the nursery industry producing high quality trees and shrubs. With seven decades of family ownership and management, they produce 1.5 million seedlings annually in more than 200 species, including world class bare root nursery stock. Their products are distributed within 49 states in the United States, as well as internationally to Canada, Europe, and Asia.

Forrest Keeling was interested in LALRISE VITA to see if this biological could already improve a world class product. Chinese chestnut trees grown from seed as grafting stock was identified as an area where increased root mass and caliper size could benefit the nursery production.

Grafting is an incredibly stressful procedure which can result in loss of stock if unsuccessful. The idea of grafting in this case is that certain varieties of trees which produce edible product vary between the quality of the produce and the quality/hardiness of the tree. In this instance the Chinese chestnuts (bouche de betizac variety) produce a very hardy root system but not the best tasting nuts; therefore, they are grown as the root stock and then a more palatable nut is grafted on for growth and ultimate consumption. By doing this the best parts of both trees are being merged together to produce a superior system.

The trial was to see if LALRISE VITA could create a denser root mass that would help support the plant during grafting.

Forrest Keeling was also interested to see if caliper could increase to have a larger surface area to optimize success and ease of grafting. LALRISE VITA was applied as a soil drench using a back pack sprayer. The product was mixed to a 0.25 percent solution and applied at four-week intervals. The timeline of the application was:

-May, Second application; plants were transferred to four-inch pots

-Caliper and height were measured in July and October

Untreated controls were also monitored and measured for comparison. All trees were planted in Forrest Keeling Nursery Mix, which includes mycorrhizae. LALRISE VITA is highly compatible with mycorrhizae and was therefore a complimentary product to the patented soil mix used by Forrest Keeling.

Have a similar challenge? Speak with one of our technical specialists.
BioForest Team Members

Early detection of insect and disease pests, and particularly invasive species, is of the utmost importance when conserving tree canopy. BioForest uses the most current survey methodologies to gather data for early detection, population monitoring, forecasting future population levels and population delineation. Utilizing pest detection surveys for early detection is essential for making rapid management decisions for treatments and removals that can be tailored to suit specific/custom needs.

If you have any questions about the product or pricing of LALRISE VITA please contact one of our technical specialists.