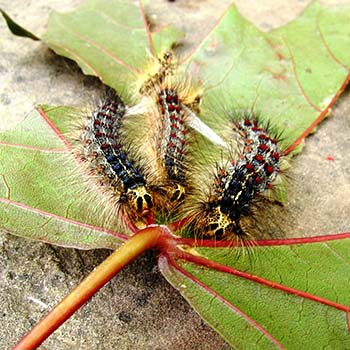 In spring and summer, there will be egg masses found on tree bark and outdoor objects (ex: furniture to firewood). LDD is the most destructive in the larvae stage (caterpillar) and symptoms can include leaves with holes or completely defoliated trees. 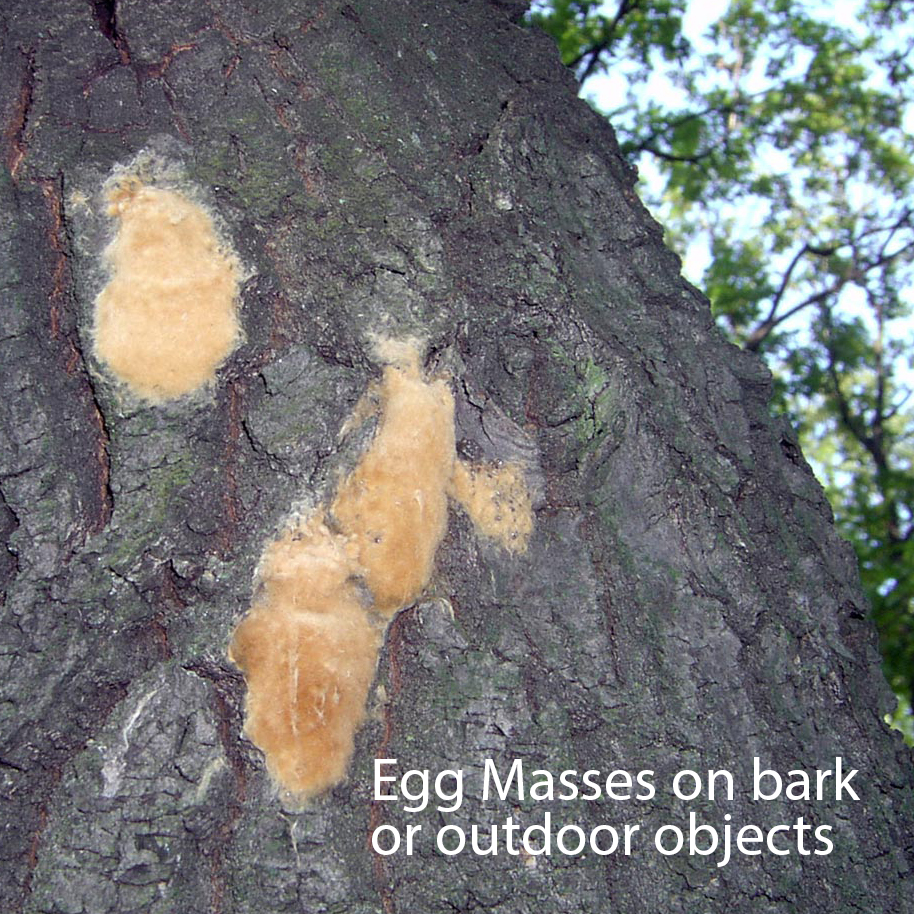 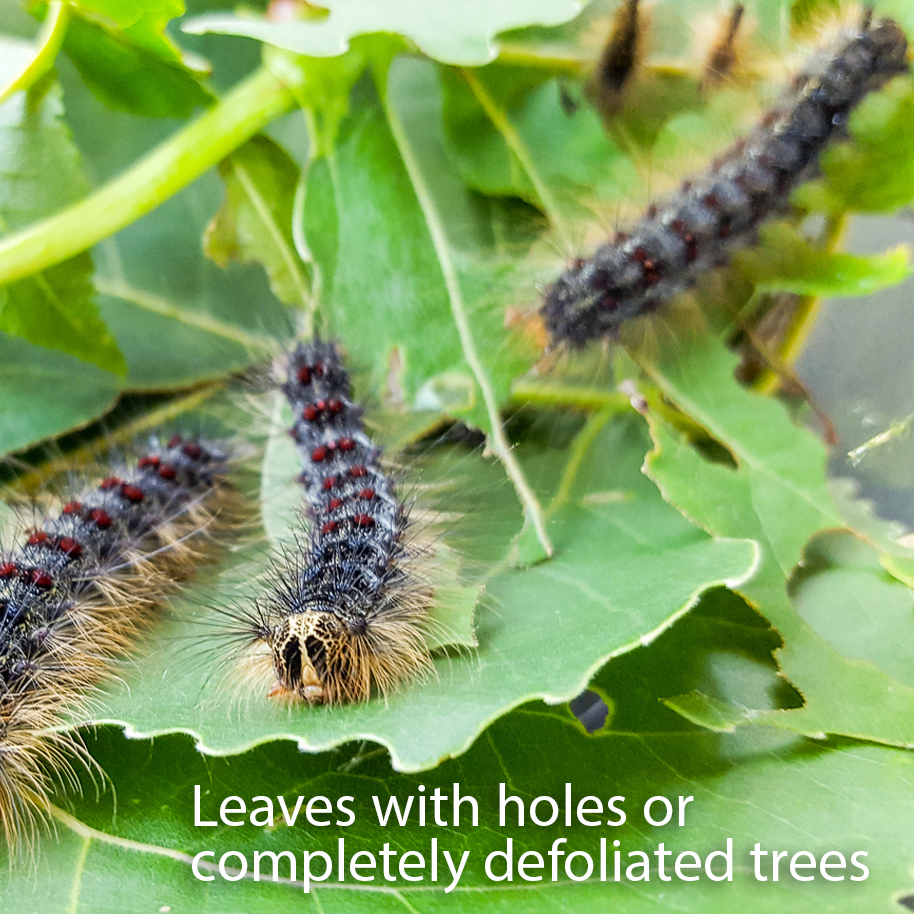 A variety of sampling methods have been developed for assessing LDD populations and forecasting potential damage to host trees. LDD is a difficult insect to sample accurately because of its association with many host species, the activity of the insect during the larval stage, and the dramatic fluctuations between low endemic and high outbreak populations over a relatively short period of time (Nealis and Erb 1993). Another factor that can complicate LDD population assessments and forecasts is the tendency of early instar larvae to disperse by ballooning over the landscape, often in large numbers. This can result in areas suffering high defoliation rates even though egg mass densities were low, or in some cases, non-existent.

Sampling methods have been developed for each stage of the LDD life cycle.

Larvae: Burlap or sticky bands placed around the main stem of the tree can be used to trap LDD larvae and pupae. LDD larvae seek shelter under the bands during the later feeding stages and often will pupate under these bands. Larval densities can vary greatly from day to day, and even during the day.

Adults: Female LDD adults do not fly but attract the male moths by releasing a powerful airborne scent called a pheromone. This pheromone has been synthetically reproduced and is used to lure male moths to a variety of sticky or bucket-like traps. This is an effective method for detecting the presence of low level LDD populations and is widely used in the United States and Canada (Gage et al. 1990). Because this pheromone is so efficient, LDD pheromone traps are less effective during periods of high populations when they tend to become saturated with moths.

Egg Masses: LDD lay their eggs in masses of up to 1,000 eggs on the stems and branches of trees, as well as on the forest floor and objects in July and August each year. They will remain in the egg mass until hatch begins sometime in April or May the following year. This provides the longest period for assessing LDD populations and is considered the most reliable method. Egg masses are easily counted, especially following leaf fall in the autumn, and old egg masses are generally easily distinguishable from new egg masses allowing for more accurate counts of the current year population.

BioForest recommends monitoring lymantria dispar dispar populations annually and applying TreeAzin once per season, as needed. Treatments target first and second instar larvae and occur post bloom, during or just after egg hatch to inhibit early instar larval development and limit the amount of damage to the tree. Refer to BioSIM maps as a guide for starting treatments.

BioForest performed an efficacy trial against LDD in Wisconsin in May 2004 using a TreeAzin. A post treatment defoliation assessment was done in July 2004 and showed the non-treated trees had on average 22.0% defoliation, while the trees treated with TreeAzin had on average only 6.8% defoliation. TreeAzin controls LDD populations by inhibiting larval development, therefore, decreasing the amount of foliage consumed.

If you have any questions about Lymantria dispar dispar (LDD), please contact our technical specialists.